I always wanted a screened in porch, a four season room. The outside of a house always interested me more than the inside. True zen, I believe, can only be found in nature.

In this poem, I parallel the changes in nature to the transformation going on between two lovers.

There Was A Space. Part I

There was a space shared. After the transition
from meetings in cafes, restaurants and such.
A place where strangers became lovers, the tide shifted to intimacy
It was the place where the journey continued, out of public eye.

An all season room, built lovingly over a period of years,
added on to a nondescript box of a house.
The one room that best captured the grounded spirit of its creator
Beams of solid wood and windows floor to ceiling
Wicker furniture, crystals, an ashtray
Floor unfinished, rough cement
A mini swinging door to accommodate the cats

The sunroom, for winter, crackling fires in the potbelly stove perched on cinder blocks
Sipping tea or red wine. Sharing stories, laughing or sitting silently, always touching. For hours.
Reaching into the basket for wood, replenishing the flames
At times making love, far too cozy to climb the steps to the bedroom.

The sunroom, for spring, watching the flowers burst through the earth
Every day looking for new pops of color
Listening to the river, water rhythmically rolling down the rocks, breaking up the ice.
Each stone in the water’s path placed thoughtfully to create the perfect sound

The sunroom, for summer, a cacophony of scents and color and sounds
Strolling in naked after showering, heat bearing down
Watching the birds as they delight in bathing in the cool, shallow river
Observing the cats, such hedonists, sprawled out in sunny spots

The sunroom, for fall, the swapping of color,
Screens replaced with glass as the wind shifts
Leaves changing and drying and shedding
The anticipation of winter, of turning inward

The sunroom, for lovers, a hidden oasis
A place unplugged, where feelings moved from simple attraction to soaring love
Where daily miracles outside in nature were fully paralleled inside
Two unlikely individuals, one earth and one water, merged to became one

Then the room was gone, like a hostile takeover
He, adept at handling the trauma of sudden loss, silently accepted his fate
She, incredulous, vowed to fight, to get it back.
His passivity was maddening
He insisted “it doesn’t matter where we are!”

The future of the lovers almost instantly became fuzzy and uncertain
Although they vowed not to attach to stones, they had lost their bearings
How much of it was space dependent
“A new start” he declared and she was threatened
Their fate yet undetermined. 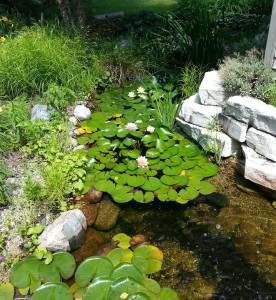