What Happens in Vegas Does NOT Stay in Vegas 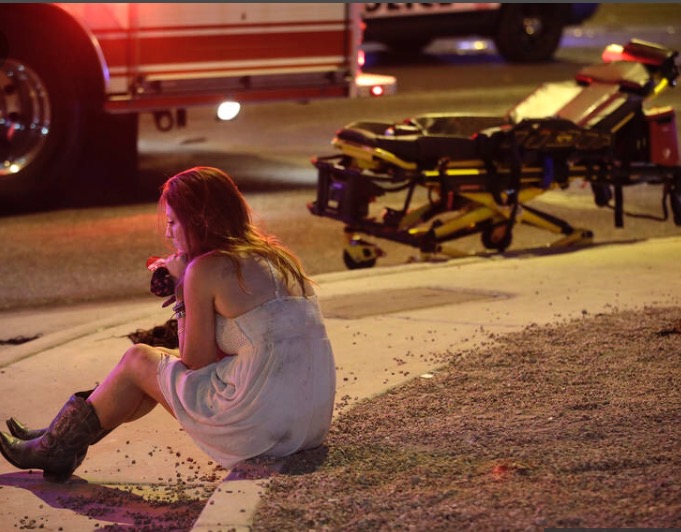 Today I reflect on what happened yesterday in Las Vegas. Nothing else seems relevant.

What was he thinking? The police say he had no apparent motive.

Was the music too loud?

Was it because he lost a lot of money gambling?

Was he hearing voices telling him to shoot himself, meaning that he was psychotic?

As a psychiatrist, there is no way I can figure him out at this point. But what I can do is try to grapple with this tragedy myself.

Do we care about this just because it’s down home American country music fans in our beloved Las Vegas, the epicenter of fun and reckless abandon? Or is it because it breaks the record as our largest mass shooting?

No. It enrages us because it is no longer an aberration. It has become the norm.

The causes will be investigated, new measures for security to prevent this in the future, blah blah blah. I will leave that for the experts, politicians and the press.

We immediately want to blame someone – ISIS, his mother, his psychiatrist, the gun shop, the hotel security. But that is pointless.

We are all capable of acts of aggression. We need to be aware of that in ourselves. Depression is aggression turned inwards. Should this guy just have been depressed and saved a lot of lives?

When there was a mass shooting of 35 people in Australia in 1996, a massive gun reform action was taken within weeks of the tragedy. There have been less suicides and no mass shootings since. America will never do this – guns are ingrained in our society. The overwhelming majority of perpetrators are male, with their archetypal phallic symbol in hand. The Washington Post reports that agents have not determined if the shooter added mechanical components to a semiautomatic rifle to make it fully automatic…he could have attached a crank that simulates automatic fire, which depresses the trigger faster than the finger and can be purchased online for about $40.

It’s all intellectualization. The fact is that innocent people died. Hundreds are injured, which could mean a lost eye or limb. Thousands will be tragically affected by witnessing what they did last night. Counseling must be started now – immediate psychiatric care has been shown to be crucial in abating symptoms of PTSD.

While I can write off the shooter as “crazy”, the truth is that mentally ill are more often victims of violence than perpetrators. We will spend months trying to analyze what was going on in his head.

As a country we should and must grieve for the victims and for us all. The government would like us to stop there. But if too much time passes, people will forget. Nothing will change. I feel there was an undercurrent in the message to the public to respect the deceased and keep quiet. If laws can have an effect on this epidemic of mass shootings, we must do whatever it takes. We must look at a system that works. Let’s ask Australia for advice.