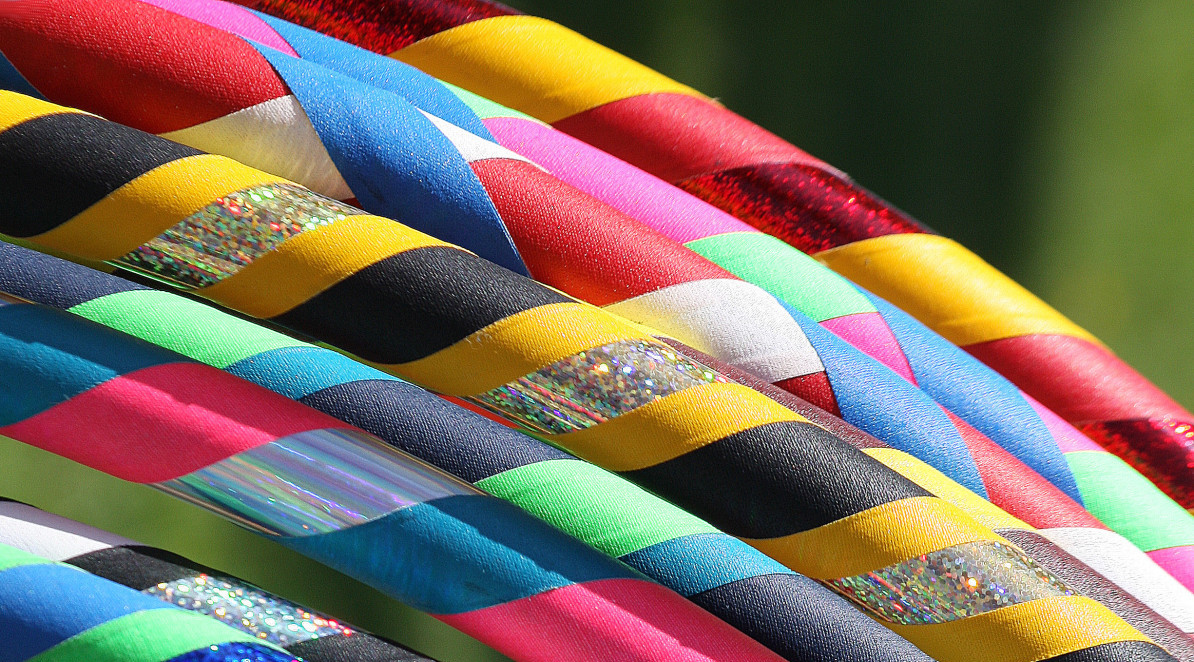 Why in the world would anyone posting their first post on their first blog write about Hula Hoops?

Because hula hoops are a metaphor. They represent what I write about in this blog.

My sister and I ate at Crazy Water then ventured to Paliafito EcoArts Park to watch One Drum- the iconic “world music” band. On the side of the stage, we were distracted by two women with hula hoops. They twirled it on their hips, around their ankles, down the torso, even while inverted.

These women were so hot, so sexy, so calm. They moved better than your average stripper at a club. They shimmied to the beat while twirling multicolored hoops with an ease that meshed elements of belly dancing, yoga, and play. The association with the simple childhood game made it even sexier.

We couldn’t divert our gaze. We both grabbed a hoop from the pile and started to move. My sister was gyrating like a champ while mine fell to the ground after two seconds. Time after time. But I was determined. I could feel the movement was good for me, that I don’t move enough.

The women, unsolicited, came over to help us.
“You’re over-thinking it!” [surprise, surprise]
“Try the heavier one for more control.” [makes sense bio-mechanically]
“Relax your arms.” [relax, period.]

Eventually I was able to keep it up on my hips for minutes at a time. My hips haven’t moved like that in years. I was able to “dance” to the music without being able to dance. I felt euphoric.

Everything. Getting up and trying something so out of character. Not competing. Not wondering whether I’m too old (well, maybe a little), or too out of shape or fearful I’m going to damage something related to my cancer surgery. Seizing the night to learn something new. Being with my sister in a playful way. Lightening up. That sweet part about Milwaukee and the women taking the time to guide us. When we eventually caught on, one said to the other, “this is why we hoop.”

When was the last time you hula hooped?