My dad doesn’t miss an episode of Steven Colbert. When Lady Gaga talked about putting traumatic memories in a box, he immediately nodded in agreement. “If i didn’t put these things away, I couldn’t possibly lead a normal life,” my dad said. My dad is a 98-year-old Holocaust survivor.

Every so often, something will trigger a reaction that pokes a hole in that box, that blurs the confines of the compartment. For my dad, it is the Jewish holidays, Yom Kippur in particular. The depression hits him so hard on those days. After this year in synagogue I told him no more. He can listen to Kol Nidre online. Enough. I see how it takes a toll.

Brain changes after trauma are real and lasting. The hippocampus, amygdala and prefrontal cortex are hardest hit by a traumatic event.  The amygdala is particularly sensitive to trauma – it stores the memory in little pieces – rather than a full story – made of visual images, smells, sounds, tastes or touch. Trauma is also associated with changes in brain neurotransmitters like cortisol and norepinephrine, the “fight or flight” response.

Physical and psychological trauma can affect memory. Memory suppression is a natural survival mechanism humans develop to protect themselves from psychological damage.

Diagnosis of PTSD requires exposure to an event that involves death or threatened death, actual or threatened serious injury or threatened sexual violation. Exposure can be directly to you or you may have been a witness or heard about this event happening to someone you are close to. In my clinical work I have found that symptoms of PTSD can arise from events that are in the realm of usual human experience such as loss, divorce, failure, rejection and bullying.

Dr. Blasey Ford’s presentation is classic for a victim of trauma. If she walked into my office, I would have no diagnostic dilemma. The memory lapses are expected. The shame, panic, fear and avoidance are there. Her relationships, work and education were impacted by it. Seeing the perpetrator triggered her symptoms and in good conscience she had to speak up. Her ambivalence was clear – her life will never be the same. This took great courage. Yet she was ignored by men and women with personal agendas.

This nomination is a symptom of a patriarchal society where a woman’s word doesn’t carry the weight of a man’s. Where a man’s tears are somewhat more believable because women are expected to cry. 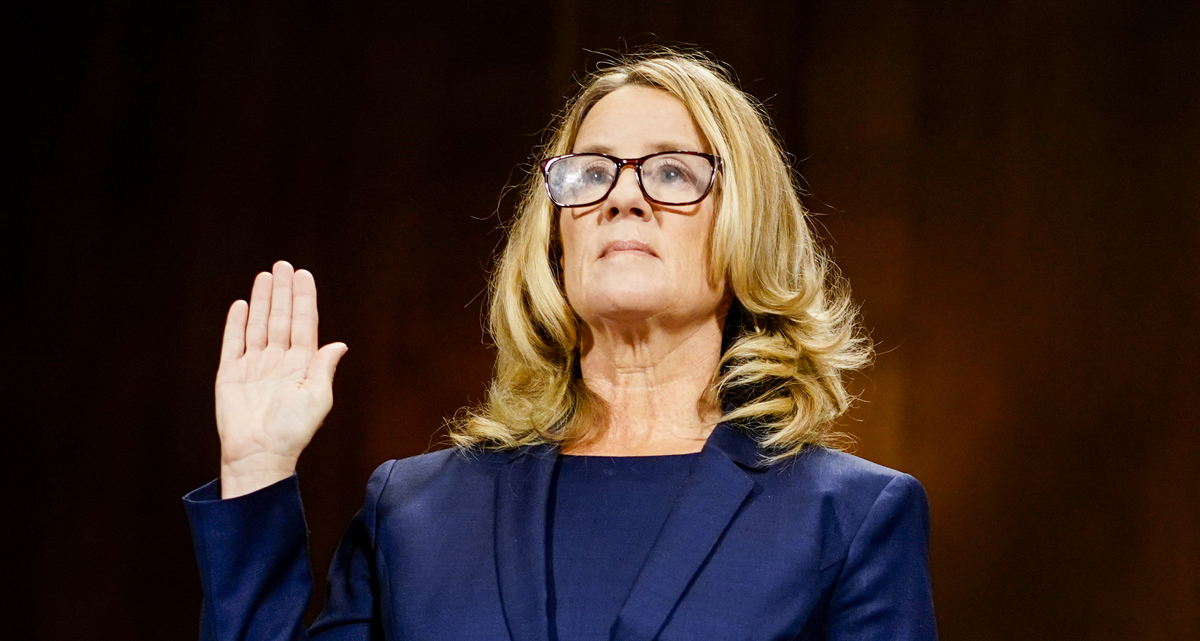 WASHINGTON, DC – SEPTEMBER 27: Christine Blasey Ford swears in at a Senate Judiciary Committee hearing in the Dirksen Senate Office Building on Capitol Hill September 27, 2018 in Washington, DC. A professor at Palo Alto University and a research psychologist at the Stanford University School of Medicine, Ford has accused Supreme Court nominee Judge Brett Kavanaugh of sexually assaulting her during a party in 1982 when they were high school students in suburban Maryland. (Photo by Melina Mara-Pool/Getty Images)