Moshe Katz says many people call him lucky. He prefers to see it as blessed. Either way, I have seen plenty of lucky/blessed people that don’t contribute to the world like he does. I call him a Renaissance man.

I’m not sure who gets real close to Moshe, except for family. Despite his dominant public presence, he is also very private. Love and Medicine is going to give it a shot.

Moshe Katz comes from a strong, complicated family. Our families were very close – his parents were at our house the night before he was born. The Katzes moved to Israel in the 1970s. When I went off to Kibbutz Kfar Blum my mom followed me on the plane to say goodbye. She said listen to Lean On Me and lean on the Katzes. I have to smile whenever I hear that song. Fifteen years later, Moshe became the godfather of my firstborn child.

I met Moshe on a chilly winter morning at Yellow Wood, his store in Whitefish Bay, Wisconsin. Walk into that store and you immediately feel better. It is as if bromide is seeping through the vents. On the way to his office we pass two of his business partners (wife Deb and daughter Cyd), and their ridiculously adorable dog, Otis. I tell him this is an edgy blog, that we need to keep things real. What I don’t want is a promo for Moshe or his store. He doesn’t need one.

Moshe has become an iconic figure in Milwaukee. I tell him that many people look at him and want to know his secret. They want what he is having. I get the most unexpected response – he is sincerely surprised to hear this. Of course he is recognized by his big moves – teaching, philanthropy, leadership. He is unaware how much hunger there is to know his little moves.

L+M: People want to know what you have for breakfast.

L+M: What about breakfast?

MK: I eat fruit, whatever is in season. Citrus in winter, watermelon in summer, apples from my tree in fall.

L+M: Do you drink coffee?

MK: No caffeine. I haven’t even had chocolate for over 15 years!

MK: Lunch is people time. I am at the Milwaukee Public Market 3-4 times a week. Milwaukee is like one big “Cheers”. I rarely take the expressway downtown; you can’t see anything on the expressway. I take the pretty way.

L+M: What about snacks? And don’t say nuts.

MK: I really like peanut butter. And vegan cupcakes from Comet cafe.

MK: Ideally I am SOS; no salt, oil or sugar.

MK: But I really do love water. I drink 2 liters a day, more when I am hiking.

MK: Most of the time, yes. I can really tell the difference when I don’t drink at least 2 liters, my skin and everything. I lose weight when I drink more water.

L+M: You gotta give me something besides water.

MK: OK. Then there are three things. First, a great wine.

MK: But I need to say one thing: I don’t drink! I love the cool image of that guy who pours himself a cocktail in front of the fireplace when he gets home. I’m just not that guy. I have a drink maybe 1-2 times a month.

I’ve had enough vices for a lifetime.

L+M: Besides your children, what are you most proud of?

MK: The impact I’ve had on people. ‘A teacher affects eternity’.

L+M: What is your biggest fear?

MK: Losing the ability to do what I love. Early death. Dementia.

L+M: What rattles you?

MK: People who are stupid. I love ignorance but hate stupidity. The pendulums in politics. Immorality. The way we are treating the environment. It is one thing to fuck it up for ourselves, it’s another to fuck up for our children. And anti-Semitism.

L+M: What is your favorite spot on earth?

The Tel Aviv beach at sunset.

Also, Everest Base Camp – there I was five feet ten surrounded by mountains and I felt so humbled and in awe of my surroundings.

L+M: What is your least favorite place?

MK: Metaphysically, I don’t like feeling angry. It is never productive.

L+M: What do you remember from The Big Chill? We watched it so many times in 1984.

MK: The scene when Jeff Goldblum was complaining about the rain and Kevin Kline responded with “Isn’t it nice?”

L+M: I know how much you love to hike. What are your favorite hikes in Milwaukee and Wisconsin?

MK: Around Beach Drive and a walk over Bridge Lane in Fox Point. I’m also goofy about three legs of the Emerald Necklace aka The Ice Age Trail. Especially the one near Monches and Parnell Tower.

LM: Where is home for you?

MK: Home is the place that Deb and I built.

MK: I also have built a home in this community. I really feel like I have built something.

MK: It’s a real conflict. They say a Jew can only create their own destiny in Israel. If it’s a place you only dream of and you aren’t there it’s not really your place. It’s just a dream.

L+M: Yes, we share that same dilemma. There is nothing like being there. That is when you really feel connected.

MK: Many people say their life could end now, and they’d be ok with that. Not me! I have so much more I want to do. But I can say this, I have had a damn good life. 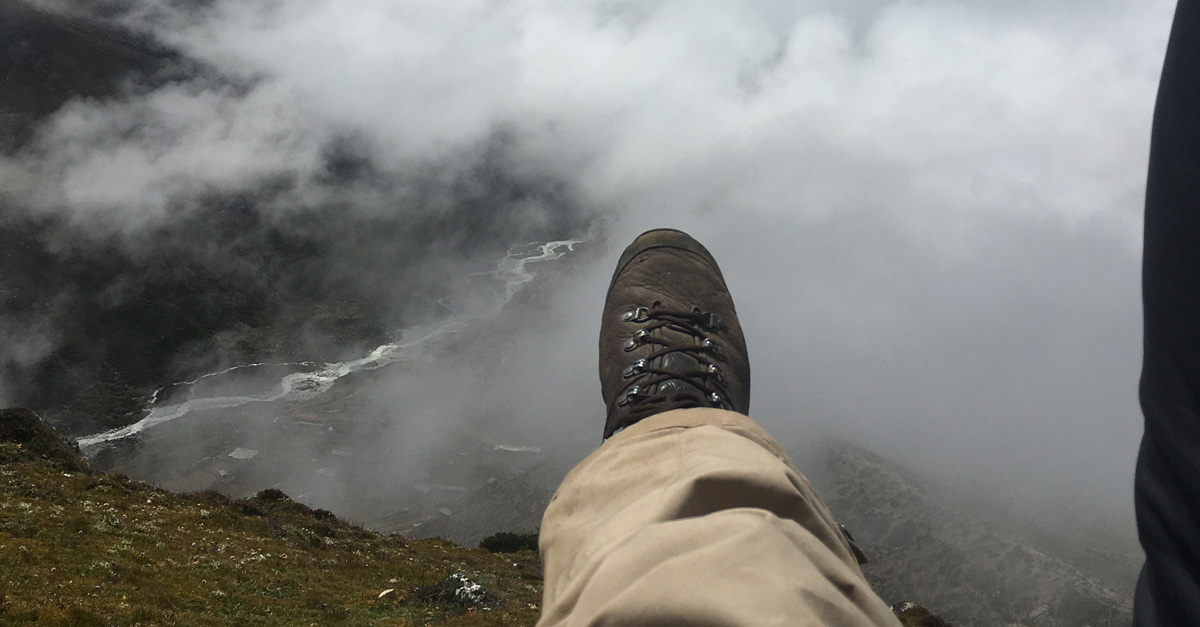