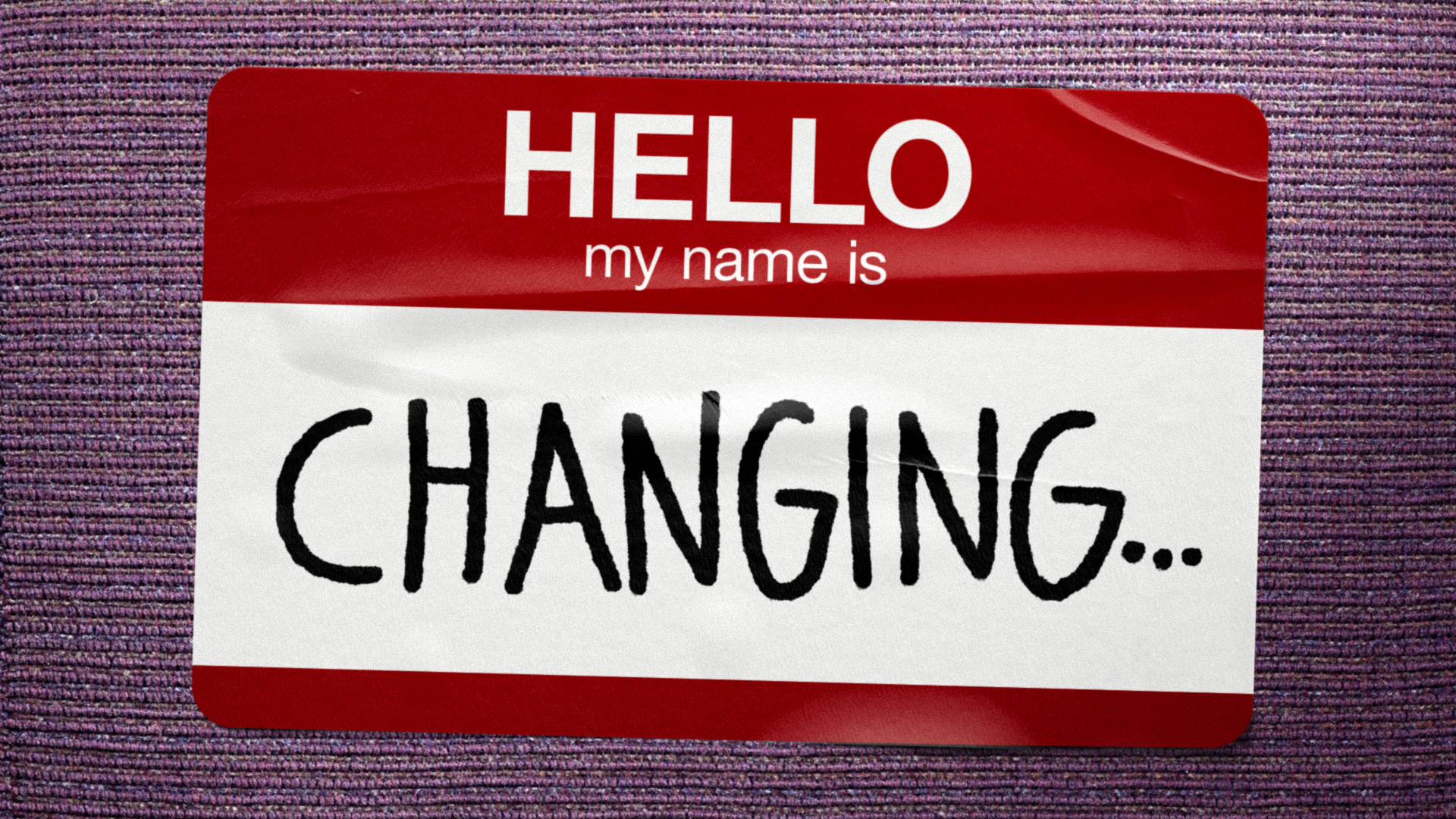 I’m Changing My Name Again And Here Is Why

I am quite happy with my first name. At birth, I was given the name Ann, an English variation of the Hebrew name Hannah, named for my father’s mother who was killed in the Holocaust. I changed the spelling to Anne to mark a milestone in my life – loyal readers of Love and Medicine know all about it, wink-wink. or Áine is also the name of an Irish Celtic Goddess. I’m good with Anne.

When I became a writer, I considered pen names like Soferet Tova – I know, so bad, but I was 10! I also considered pseudonyms like Irene Drive – for the subliminal message. A pseudonym was tempting as a writer with young children wanting to write about racy stuff. By the time I finally published my first word on Love and Medicine, my kids were old enough.

Under the 14th amendment, every U.S. citizen is guaranteed the right to change his or her name at will.

I never for a second considered changing my name when I got married. I can’t understand why any woman would choose to follow that patriarchal custom. But let’s move on…

My father was born in Czechoslovakia and given the Slavic name Ludwig Kopolović, pronounced Koplovich. He entered this country in 1947 after WWII. He spelled his name Ludwig Kopolowitz “because they didn’t know how to soften the C”. Americans can’t deal with accent symbols. Right all you Esmé’s out there?

A few years later his brother Benzion Kopolowitz  shortened his name to Bernie Koplin, at the urging of his wife who felt Kopolowitz was too long.  It was important to Bernie that as brothers they share the same name. My dad was reluctant but eventually changed his name to Koplin.

Koplin has always been a pain.  No matter how many times I say “with a K”, it is spelled with a C. It is invariably pronounced cop-lin but it is supposed to be cope-lin.  It has no meaning whatsoever. I feel no connection to the name. It’s not bad, it’s not good, it’s just nothing.

The name Kopolovic, on the other hand, “immediately places your origins in Eastern Europe,” according to my dad. It has depth, history, meaning. My sister, brother and I are seriously considering a name change to Kopolovic. Our kids aren’t thrilled and have no plans to change theirs. That’s fine with me. We don’t have the same last name now either.

My dad might secretly like the idea but gives his usual poo-poo reply “eh, too much trouble, what do you need it for?” That is his response to anything related to the past; like my idea to pursue EU citizenship based on his country of birth and to finally request reparations from Germany that he deserves as a holocaust survivor.

According to research on name changes later in life, it is best to start using the name prior to pursuing it legally. Once we get a consensus on how to pronounce it, you may see my new name appearing first in my writing. My sister is starting with her doorman. In New York, when in doubt, the doorman is a good place to start.

Have you ever considered a first or a last name change?