June in Copenhagen. One of the most notable sitings all over town is the presence of truckloads of students graduating from high school, all wearing caps, dancing to loud music. While walking through the park, a Danish fellow explained the tradition and agreed to share it….

The entire city clapped and smiled as they rode by, even if it meant blocked intersections, loud rap music and chaos. The students were joyous, triumphant, proud and quite possibly drunk. I hadn’t witnessed anything like this since Lima, when the team won a big soccer tournament and kids were released from school and it became a national holiday! There is powerful unifying essence to traditions like this, sorely lacking in the U.S. Can’t lose productivity by leaving our desks! Too much fear. 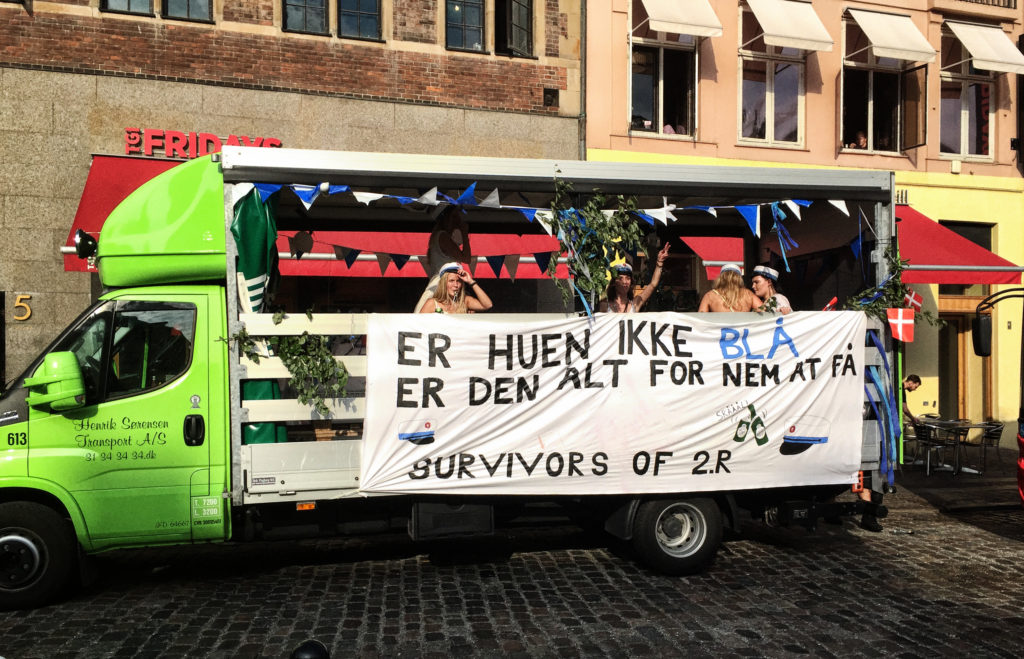