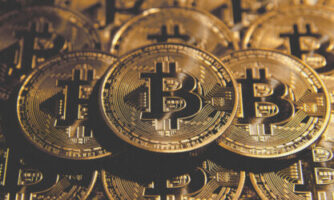 What is Bitcoin and why re-post this article?

Because bitcoin is hot! I won’t be giving financial advice but I do think the world of cryptocurrency is fascinating. Think of this as Bitcoin 101.

Bitcoin is the world’s most popular digital currency – a form of cryptocurrency, independent and disconnected from banks or governments. There is no middle-man. There is no tangible money that you can hold in your hand. When a purchase is made with bitcoin, it cannot be tracked.

The great and powerful Satoshi Nakamoto is the mastermind behind Bitcoin. No one has ever seen him. He may not even exist. He may be an individual or a group. Several candidates have been named as possibly Satoshi, but the mystery remains. Elon Musk was one of them but he denied this in a tweet saying “Not true. A friend sent me part of a BTC but I don’t know where it is”. You can purchase only part of bitcoin because it can be divided out to 8 decimal points. 0.00000001 is the smallest division, the penny in the bitcoin world, which is called a Satoshi.

The value of bitcoin in 2010 was $0.003. The first real-world transaction was made by buying two pizzas delivered by Papa John’s for 10,000 BTC.  There are a finite number of bitcoin – only 21 million bitcoins can be mined. When I first heard it is “mined” I pictured people digging and searching in the dirt like gold. It is, in fact like digital gold. While gold is extracted from the earth, bitcoin is extracted by computation. Bitcoins are mined (created) by people around the world using high-powered computers to solve complex math problems. A miner who is successful in solving the problem adds a block to the blockchain and receives a reward.

The scarcity of bitcoin adds to its value. While there only can be 21 million mined, many people have lost their private keys or died without leaving private key instructions, the exact amount in circulation may be less.

How do you buy bitcoin? There are cryptocurrency apps (like coinbase) that can be easily downloaded on your mobile phone. Security is taken seriously – your bank information is solidly verified. That app is your virtual wallet.

Last week, Elon Musk said cryptocurrency is “less dumb” than cash. Tesla bought $1.5 billion worth of bitcoin. I bet this time he knows where it is…

I think we need to know what the rest of the world is talking about even if we are spiritual, old, living out in the country or female. People think it’s a guy thing and I might increase my male readership if I write about bitcoin. Women need to know about it – men might screw it up.

Bitcoin intrigued me from the start. I love all that Mossad-esque spy stuff. What we see on the internet is the tip of the iceberg – there are layers and layers below. Only 96% of the internet can be accessed by Google and other traditional search engines . The surface internet is mind-blowing in itself!

Most of us never owned bitcoin or may never have heard of it. It is a high risk gamble. Warren Buffett, in 2014, called bitcoin a “mirage”, and warned investors to “stay away”. What is certain is that this is not the last you will hear of bitcoin and other cryptocurrencies. Now you will know what it is, thanks to Love+Medicine

. You never know what you’ll get here.

My advice to my son is to hold on to his bitcoin and see what happens. That advice is true four years later. I’ll keep you posted…